Helpful tips for Simin, High Priestess of Dwayna of Path 4 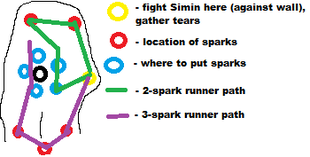 a drawing of the area where you fight the boss  and tips.
comments powered by Disqus
Powered by